Beginning in 1975, the Hmong were displaced from Laos and fled into Thailand as refugees. At the refugee camps, each individual was given a refugee identity number for processing before they were transported to their future home which could have been the United States, France or Australia.

Several generations later, many second and third generation Hmong Americans are disconnected from this chapter of history. There exist countless refugee identity photos that archive this piece of history. These photos serve both as a scar and as a reminder of the sacrifices made by many Hmong families.

Hmongstory 40, will collect as many of these photos as possible. From the collection of refugee photos, we will create a 10ft by 30ft mural that will showcase all the photos that were collected through this photo drive.

This mural will be on display at the Sacramento show as part of the exhibit. It will serve to inspire and reconnect new generations of disconnected Hmong and bridge them to a critical piece of their past and history. 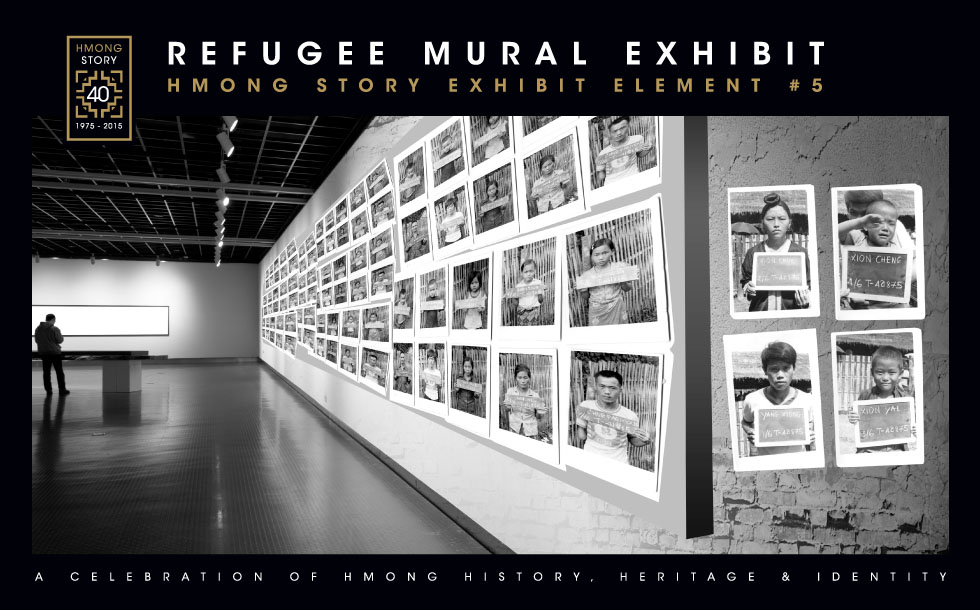